Some users have reported receiving an error when attempting to join Collaborate sessions using a Chromebook. 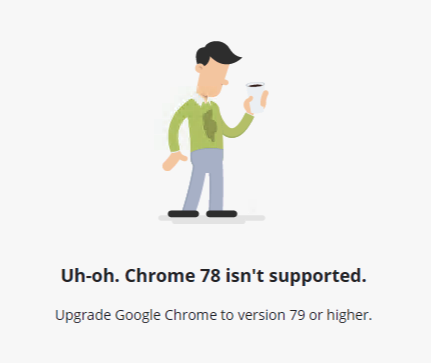 To solve this problem, firstly, make sure that you are indeed unable to update to a more recent version of Chrome. See: Chrome Update Instructions

If you are unable to update Chrome, you may still be able to join Collaborate sessions from your Chromebook device by using an alternate browser. Chromebook devices that support installing and running apps from the Google Play Store can install one of the following for use with Collaborate: